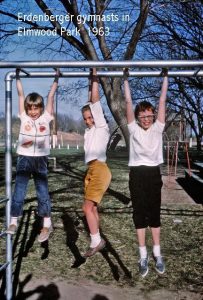 I have been a life-long resident of Omaha, benefiting from, and supporting, its excellent public school system.  My three siblings and I attended public schools in Omaha.  My two daughters started school at Dundee Elementary, were bussed to Howard Kennedy in third grade, attended King Science Magnet School for middle school and graduated from Central High School.  My husband graduated from Hasting High School.  My two sisters and I are all public school teachers.

After graduating from the University of Nebraska-Lincoln, I attended law school at George Washington National Law Center in Washington DC and returned to Omaha to join the Kutak Rock national law firm.

I was a public finance bond lawyer at Kutak Rock for 22 years.  I earned a second Bachelor’s degree in education and retired from Kutak Rock to become a dedicated teacher at Omaha North High Magnet School.  I taught there for 16 years and then taught at The Omaha Home for Boys for two additional years.

While teaching at North High Magnet School, I taught Honors Human Geography, African American History and Ethnic Studies.  None of these courses had specific textbooks, so I was able to creatively develop curriculum and materials to meet the required state standards.  Based on the quality of those curricula, I was selected to adapt that curriculum, and assessments, to the standardized courses for the entire OPS district. In addition, I was selected to serve on OPS committees to revise scheduling and grading standards for the senior high schools throughout the district and to make presentations to the high school social studies teachers throughout the district.

My students were taking one-semester Honors Human Geography, but many of them elected to take the college-credit Advanced Placement test that is based on a two-semester course.  For several years, I administered study sessions every weekend during second semester to prepare my students to successfully take those tests.

As an Omaha North High Magnet School teacher, I served on the Scholarship Committee, the Safe, Secure and Disciplined School Committee and worked on the Moral Courage and Holocaust Curriculum Infusion initiative.  I was asked to supervise six student teachers, three of whom were hired to be social studies teachers at Omaha North High Magnet School.  [The other three were hired to work at other public schools.]  I also sponsored the Senior Class Officers, the Young Democrats and the African American Leadership Association.

One award of which I am particularly proud is that, in recognition of my avid weekly attendance at football and basketball games in the 16 years I taught at Omaha North High Magnet School, the principal, Mr. Gene Haynes, awarded me a “letter” – which I proudly wear on the letter sweater it took me forever to find!

In recognition of my participation in academic and administrative and student and athletic activities, my peers elected me to serve two terms on the Board of the Omaha Education Association.  In that capacity, we met regularly with Superintendent John Mackiel and members of his administrative staff to address – and solve — issues that were important to teachers and the district.

I have been married to Mark Hoeger for 41 years, during which time Mark was the Executive Director, and spearheaded the acquisition and complete renovation, of the Rose Children’s Theater.  He teaches a film course at the University of Nebraska-Omaha and produces industrial and commercial films and videos.  He was recently elected to the Learning Community Coordinated Council for Douglas and Sarpy Counties, with an emphasis on pre-kindergarten education of children and their parents 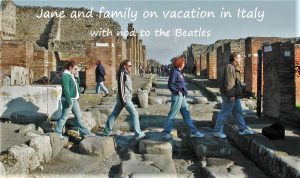 Together we were blessed to raise two remarkable daughters [both of whom are Central High School and University of Nebraska-Lincoln graduates].  Christian Hoeger earned a Master’s degree from Columbia University; she has a private counseling practice in Omaha and is the Director of Counseling at Girls Inc.  She is married to Peter DeMarco and they are the loving – but very tired — parents of two-year old twin boys.  Eleanor earned a Master’s degree at George Washington University and is a Collections Specialist in the mammal department of the American Museum of Natural History in New York.  Part of her job is collecting bats every two years in Belize.